The unauthorized biography of teen pop sensation Christina Aguilera, from her Star Search days to her top single, “Genie In A Bottle.” As an unauthorized program, there is little actual footage of the star and no performance footage at all.

Genie Gets Her Wish is a rare, candid and intimate portrait of a young and incredibily talanted artist. This official video features Christina performing her #1 smash single, “Genie In A Bottle,” rare studio footage, live concert performances and exclusive peeks backstage.

– Includes “Genie In A Bottle” performance

Join Grammy winner Christina Aguilera as she shares her personal journey to the top in this CD-ROM. Through a variety of activities and her own narration, Christina encourages and inspires players to dream and make their dreams a reality.

Features:
– The famous singer talks about her life
– Offers inspiring advice
– Fun activities help players identify their dreams
– Fans learn about their favorite pop singer and how she achieved success
– Encourages girls to discover and pursue their own dreams

Captured live in concert, Christina performs hits from her self-titled debut album, as well as songs from her Spanish-language and Christmas albums. Joined by special guests, Christina struts her vocal chords and her hot dance moves in a set of over a dozen tunes.

THE MAKING OF WHAT’S GOING ON
All Star Tribute
DVD Released: February 5, 2002

The Making Of What’s Going On brings you into the recording studio and onto the set of the music video with all of the artists who came together in the name of AIDS awareness and relief.

– Free gift with purchase of CDs at Circuit City stores from August 31 thru September 6, 2003

Captured live at Wembley Arena in London, this document of the Christina Aguilera touring party shows off all the fun, flair, and excitement of her live show. Material performed is based around her ‘Stripped’ album, as well as some earlier hits. With some candid behind-the-scenes footage thrown in for good measure, this is an insightful look into Christina’s life on the road.

Special Features:
– All Around The World: Facts and figures about the tour.
– The Interview: Exclusive interview with Christina about her album Stripped, the Stripped tour, and her life and causes outside of music.
– An introduction to the supporting cast. Meet the musicians, dancers, stylists, and choreographers who help Christina put on her dazzling show every night.
– Gilbert’s Bus Tour: Take a tour of Christina’s tour bus with backup dancer Gilberto Saldivar.
– One Night In Milano: Christina meets up with Donatella Versace in Milan, the fashion capital of the world.
– RSVP: Christina answers questions directly from her fans. 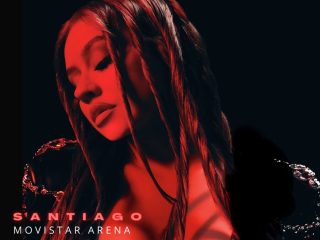